My time at the Gala Premiere in Imperial Denmark: Wonder Woman

My day at the galla premiere of Wonder woman

I was so lucky last week. I started with a participation in a facebook competition where I could win these tickets for the gala premiere to Wonder Woman in the cinema called Imperial in the center of Copenhagen. It was Warner Bros. Which gave people the opportunity to win? All I had to do was to tell them who I wanted to come with me and watch the movie together with all kinds of Danish celebrities. I Wrote that I would take my Lovely and sweet Girlfriend Lise with me. 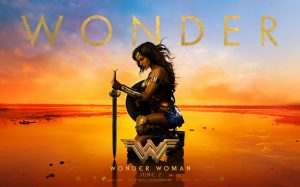 Then on Friday, where I had the day off from work. A private facebook message from Warner Bros. turned up as a notification. I had won 2 tickets for the gala premiere of Wonder Woman Starring Gal Gadot and the Danish actress Connie Nielsen. And Connie Nielsen would show up at the cinema. And talk to the crowd.

Where was it held

It was held at Imperial, which is in my opinion the best cinema in Denmark.  Just because it is, there is no real reason, I don’t even think it is the oldest Cinema we have, but I always liked the cozy style of it. It is accessible with train, bus and car. And parking possibilities are not near perfect, as it is in the inner Copenhagen. So I would prefer driving. But if you don’t like walking a bit then don’t drive in there, take the train.

Was the movie any good

The movie was great, I really liked it, DC is really stepping up in these years, making a movieverse inspired by the idea from Marvel, which have their cinemaverse I think they call it. This is their universe we all know from their superhero movies.  So we all need to watch out because DC is starting their train, and is on the verge of getting that up to full throttle. To try and catch up with Marvel.  And Wonder Woman is a great start.

This movie is about Diana Prince played by Gal Gadot, whom is known from my part from the fast and the furious movies. Where she also does a great job. And somehow she is the perfect fit. For the Wonder Woman Leading Role. This movie tells the story of Wonder Woman. From the early Beginning until she arrives in the middle of World War 1. The movie also generated a good laughing. Because of so many scenes where you can laugh, not that the movie is a comedy not at all, but there are funny moments. And I feel that’s very good for the movie, when it is telling the story. I also said to my girlfriend that the music was outstanding, for my own part I loved the Wonder Woman theme melody. I can only recommend the movie. You will need to go see it and make your own opinion about it.

Did I have fun

Yes I did have a very good time with my girlfriend. And if I ever got ticket to a Gallapremiere again I would certainly go ahead and do it. This was a good time. And a time which I am glad I had experienced in this life, and hope that there will be more of this.

This was also the top of the iceberg of luckiness I got to, I must confess that I won nearly 5-6 draws about merchandise, tickets, headsets and such stuff on facebook recently so im feeling lucky. Maybe I should by a lottery Ticket to win a million or something who knows, what will happen in the future.

This was a gala premiere so was there any celebrities. And yes there was, Connie Nielsen who is starring in the movie. Swung by to say hallo to all of us. Also a lot of the Danish reality celebrities arrived at the scene, not all of whom I knew who were, and others I did know who were and had seen them on the TV.

This was just a piece of my mind, what did I think of a day like this. And I hope this was not once in a lifetime experience. I will see if I can get these kind of tickets in the future aswell. And I will hopefully be able to make some posts about it then also.