But these tournaments are a great gathering of som of the best players from Denmark and other european countries. And are held i many different countries. Not only in Denmark. you can check out the list of venues all over the world right HERE.

The list i was flying in the 3 rounds of the main tournament i was attending was the following 100 Pts. 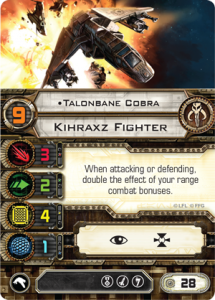 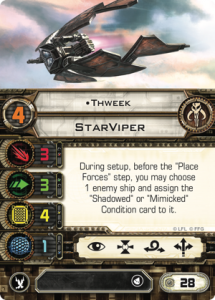 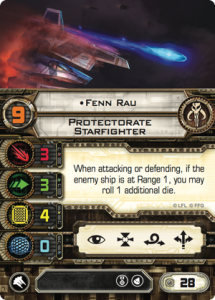 System open round 1.  Scum Vs Rebels.

So in round 1 i was paired with another Danish player Rune, whom fielded Rey in the falcon and Jan Ors in a HWK where Rey could get boosted with an extra dice when she was attacking.

I went into this matchup with hey i think i can beat that list. but i was so very wrong.  I thweeked Rey ability to get tweek more into the matchup. But when i fly well but the dices was not with me, we were done after under an hour and at that time, i have only rolled 2 evades on the dices, which was just so bad. But this is a dice game more than it is a tactical game. Because if you blank out then you can fly so insanely good but nothing happends.

System open round 2. Scum Vs Scum.

Round 2 was a very very fun matchup. i played against a player from i think i was Iceland, who fielded 4 Jakku gunrunners with cluster Mines and spacetug tractor array, plus something more. And in this matchup i did not thweek anything. Because no use in that.

But this was a fun list to play against, i did feel surprised when i forgot they had the pattern analyzer so they could K-turn and drop a bomb in my face. This took by surprise then. But this match was actually quite equal, because my dices was not with me. and in the end it was down to the last combatfase with talonbane cobra on 2 hull, and his ship on 1-2 or 3 cant remember 100 % and talonbane was at pilot skill 0 because my opponent had to shoot first.

He misses and then talonbane hits with all dices and wins the game for me. I was then at 1-1 and could still advance through to stage 2 of the main tournament.

System open round 3. Scum Vs. Imperials.

Here in round 3 i met someone i have played before. And on top of that it was the exact same list he played when i met him at the Nordics. it was the inquisitor, Quickdraw and vader, all with cruise missiles

I thweeked the inquisitor to get the always at range one shots. But i agreed with myself afterwards that i should have thweeked vader to action ability. Which would have given Thweek so much more survivability.

This match was very equal as well in my oppinion, but also depends on the eyes who were watching ofcourse. I flew well but not good enough. one of the best moments was when vader was at one hull and i managed to kill him off with my black market slicer tools on tweek.

But i still had my nemisis in Quickdraw and his retaliation fire ability. Although I tried to slice him because. That is a damage card dealt NOT a shield removed. But did not succeed. So i lost this one also.

Sadly I cannot remember the final score only that he got 100 pts and me X for killing off Vader.

Ok so i ended the main tournament stage 1 at 1 victory and 2 defeats which did not get me through to stage 2 where i needed 2 wins or more. I Then attended Hangar bay a 3 round event also on saturday, instead of the stage 2 in the main tournament. And the Hyperspace qualifier on sunday.

Ive got 1 victory in the hangar bay and ended on 2-4 in the hyperspace qualifier. SO i am still not in the top. BUT i really do like playing this game. So i still need to practice and pratice and practice and so on.

Hopefully someday i will be in top 8 at some big tournament could be fun to try again. But practice is the way to go.

And hopefully i will attend some more big events but only time will tell.

If you want to check out how i did in the 2017 CPH regionals take a look HERE.

Or how my Nordics did take a look HERE.