Nordics is coming to Denmark, Am i Prepared or not?

Posted on 26. September 2017 by Lindhardgaming

My preparations for Nordic.

This year. I am finally going to the nordics. I missed it the first time. it were in Denmark due to a birthday. Since then it has been overseas in Sweden. And that i could not afford it at the time. Sadly i really wanted to go.

This year. I bought a ticket early. For the Friday Session of the tournament. And took the day off from work. So i could prepare with a calm mind. Finding out the list i will fly and so on.

I am preparing not much different than to any other tournament. Just trying to figure out the list and so on. Talking to my community. Were I get suggestions and talking about how. And what i should fly during this tournament.

What lists am i considering.

So what list am I considering to field at the nordics. Well there is the obvious ones to go to because. This is the Meta almost everywhere. Miranda and Nym. Or Nym and Dengar. But i rarely take a list which is a top meta list. I could go fairship Rebels (dunno if that is the correct term). But I got a feeling that this list only win by little margin when it wins. Which may cost in the end on the MOV.

But i am considering the following list. As i think we need to see the imperials in the fray some more. 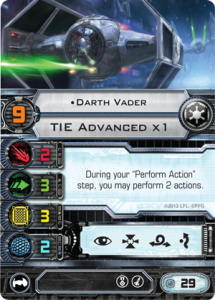 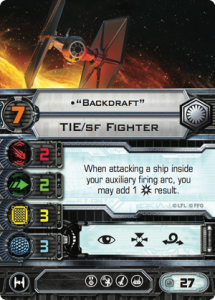 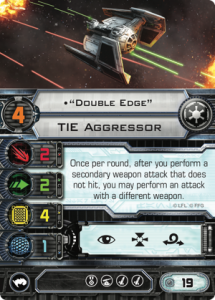 This list i am very much considering. Although i think it lacks some health. It goes down very fast, and Double Edge is somewhat fragile and maybe the loose end in this list. BUT this is a fun list to play. i played it at a tournament where it did average. I placed 7th or was it 8th spot. But still brought me 2-3 wins.

Another List i have been considering is a rebel list with Dash and Miranda which you can see here.

No reason to write it all again so take a look at the link.

BUT there is another rebel list.  A list from the community, from a cool guy Kim “fucking” Reynolds has recommended for me, where i think i would kick som butt with it and that list is the following.

This List seems like fun. I have flown Dash ALOT. So i would be comfortable flying him. But I havent really flown Y-wings before, but one time should be the first time yes?
So i am really thinking of this list to the Nordics. I know i dont get to play with it before the nordics. But then i dunno what to expect from myself. And i will probably just fly it without nerve because i dont have any expectations with this list.

I am also considering a List with Rey in the YT1300 and PS 9 Poe. But this list i am not sure of. But the list is 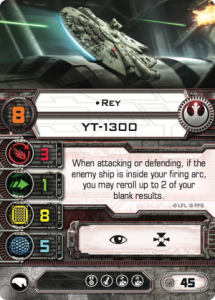 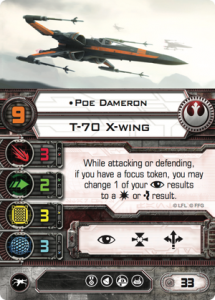 Poe Dameron (the Hero of the Resistance)

This List is fun to play although. I tend to play POE waaay to aggressive when using him. I always tend to fly fast forward with him. and that only gets him killed FAST and Furious.

what do i expect, if i expect anything.

Well expectations. Or rather what I am HOPING for at the nordics. And that is ofcourse to qualify for Sunday, that is best case scenario, worst case i loosing 6 matches where i was used to sweep the floor. That would not please me. But i dont think it will go so bad. I will do my best to go for a win in EACH match. But i also learned that a round 1 loss Is the best round to lose a game. or is it?  Well actually i dont know. But hopefully i will have a good tournament. And have a lot of fun. And hopefully play against people i havent played against before.

Will i win some games. Ofcourse i will, I will do everything i can to win more than one ofcourse. So i basically expect to have fun and hopefully win matches.

My thought for the nordics as a whole.

Well i am ecstatic that the nordics is finally come to Denmark again. And what a thrill it will be. And I think there will be people from many nations arriving. Which will up our game because you will play people who think differently. From our danish meta.

I am looking forward to this tournament. A high end tournament in Denmark See you all there. Come say hello. IUf you can find me. It is me from the X wing videos on the Lindhardgaming youtube Channel.